Over 50 Years Of Spreading The Gospel Through Music! Concert ScheduleContact Us

Seattle Gospel Jubilee is a traveling music group. We have performed hundreds of concerts. If you would like to book a date, we would be happy to come and share the gospel with you through song.

Jim Arneson and family began promoting gospel Concerts in the mid-1960s. The promotions consisted of many Gospel Music Quartets and Family groups. Jim was a pioneer in promoting Gospel in the Pacific Northwest…

The Jubilee format is a Gaither style sing along, singing hymns and Gospel songs we all grew up on. Our vision for The Gospel Jubilee is to minister in song while worshiping the Lord together, we are committed to keeping these wonderful hymns and Gospel songs alive. And that the message shared would touch people’s lives and spread the Gospel! We love fellowship and building relationships. 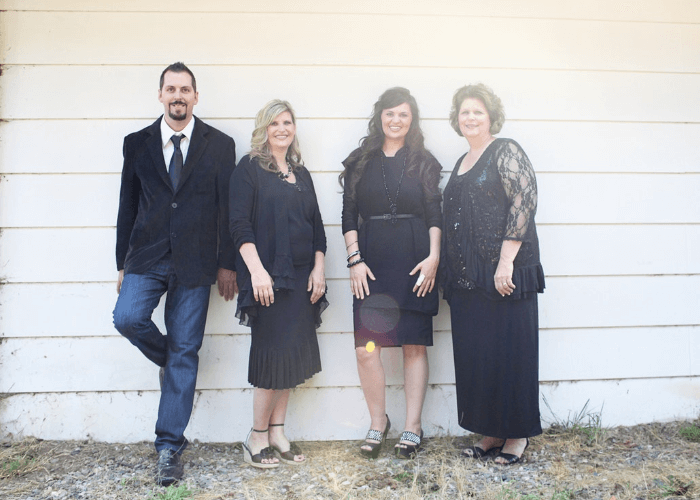 The Arneson family has been in Gospel Music for over 60 years.

Jim Arneson and family began promoting gospel Concerts in the mid-1960s. The promotions consisted of many Gospel Music Quartets and Family groups. Jim was a pioneer in promoting Gospel music in the Pacific Northwest.  Jim started singing Bass in The Crossroads Quartet when he was 15. He joined the group with Al Vogt singing Tenor, Dick Hammer singing lead, and Tom Dawson singing baritone. Jim met his wife Cheryl, daughter of Al and Ruth Vogt while singing with The Crossroads, and they married in December of 1971.

Jim sang in the Crossroads Quartet for over 40 years, then formed Crossroads New Revival. As times changed Jim always wanted to have his family accompany him on stage and thus formed the family group Jim Arneson Family Band and later changed to Arneson Family Revival, The group consisted of Wife Cheryl, Son Thory, and Daughter Aimee. Jim, Cheryl and all 6 kids, James, Thory, Joli, Corrie and Zach have all been apart gospel music since they were born, you could say they were raised in Gospel Music. The Family has been blessed to perform all over Washington, Oregon, California, Idaho, Montana, and Canada.

Jim always wanted to share his passion for southern gospel music with the people of the great Northwest. If they couldn’t get to the south to hear it, then he would bring the south to them. So because of his desire to promote, many gospel groups from around the country began to tour out west. This opened up a whole new world and musical culture in the Greater Seattle Area, paving the way for many gospel artists that tour in this area today. We have been blessed to have many lifetime friends in gospel music and have met so many wonderful people on this journey. We know Jim has left behind an amazing Legacy and we are blessed and honored to continue the music and ministry he started so many years ago.

Come See Us At A Local Concert, Or Book A Private Date

Seattle Gospel Jubilee is a traveling music group. We have performed hundreds of concerts. See if we have any upcoming concerts near you, or book a date to have us perform. We would be happy to come and share the gospel through song!

The Gospel Jubilee is a “Hymn Sing”

God is good! If you’re looking for a Great place to worship come visit us every other month on the 3rd Sunday evening, we worship and then have a fellowship time after with a light dinner and desserts.  Come share in fellowship at The Gospel Jubilee! We are excited to keep growing and to see what the Lord has in store for us and The Gospel Jubilee in the coming months and years ahead!